Well before the tsunami election of 2016, we were reading, writing, and speaking about the seismic shifts rocking and rending American society—from the technologies that are fundamentally altering the nature of work to the wealth and income inequality that is cleaving us into factions with completely different financial prospects. But neither of us are economists. And we’re sure as hell not Nobel Prize winners.

That’s why we were eager to read Good Economics for Hard Times, the new book by the brilliant husband-and-wife team of Abhijit Banerjee and Esther Duflo, who won the 2019 Nobel Prize in Economics. (We’ve admired Duflo ever since we heard her speak at the 2011 Center for Effective Philanthropy conference.)

Banerjee and Duflo are super busy running MIT’s renowned Poverty Action Lab, conducting studies all over the world, teaching classes, and raising two kids—and so they had no intention of writing another book. But in 2018, “the psychedelic madness of Brexit, the Yellow Vests, and the Wall” compelled them to use their economic insights to explain what’s fueling these movements. We’re glad they did. Instead of giving us lots of math and jargon, they provide clear and often surprising answers to many of the questions you may have been asking yourself in this time of upheaval.

For example, they propose a compelling answer about what’s really causing the economic despair in rural and Rust Belt America. They conclude that it’s the result of the wildly unequal distribution of gains and losses from global trade (and definitely not the result of immigration). “Those lucky enough to be in the right place at the right time, with the right skills or the right ideas, grew wealthy, sometimes fabulously so,” they write. “For the rest … jobs were lost and not replaced…. Trade has created a more volatile world where jobs suddenly vanish only to turn up a thousand miles away.”

This Tale-of-Two-Economies dynamic—one exemplified by Lowell’s Seattle and the other by Mario’s Cleveland—could have been mitigated in two ways. First, given that economists have always said that free trade would create both winners and losers, politicians could have been honest about that reality and redistributed revenues from the areas that got the cherries to those that got only the pits. “The United States [did] not come close to compensating workers who lost out,” they write.

The second way this dynamic could have been moderated is through “labor-market mobility”—that is, by workers in hard-hit areas moving to areas where jobs are plentiful. But rigorous research demonstrates that “far from being irrepressibly attracted by economically successful places, people struggling where they are often prefer to stay home.”

As counterintuitive as that seems, there are good, logical reasons why most people don’t move. Mario has family in the Appalachian region of Pennsylvania who were barely making ends meet but concluded that moving just wasn’t feasible. They felt discouraged by the prospect of starting over in a community where they would have no social ties, not to mention the fact that selling their homes would have been a losing proposition in those housing markets. 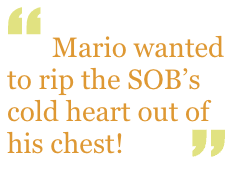 Ten years ago, Mario attended a dinner in the leafy suburbs of Virginia with a group of politicians and business leaders. One venture capitalist revealed himself to be as callous as the “coastal elite” caricature when he richsplained, “People who refuse to move are speed bumps on the way to the economic future. It’s their own damn fault.” Mario wanted to rip the SOB’s cold heart out of his chest! Fortunately, a close colleague sitting near him encouraged a more civil counter. 😊

Despite the realities of America’s “sticky” labor market, Banerjee and Duflo believe that good policy, based on good economics, can alleviate at least some of the anger in hard-hit communities. For example, they argue for reducing our national obsession with GDP growth (and focusing instead on improving the quality of life), dramatically expanding the far-too-small programs that have a strong track record of helping struggling communities (e.g., Trade Adjustment Assistance), expanding high-quality early-childhood education, and redesigning social-assistance programs to preserve the dignity of those who receive aid—a dominant theme of all of their work in the developing and industrialized world. “The goal of social policy, in these times of change and anxiety, is to help people absorb the shocks that affect them without allowing those shocks to affect their sense of themselves. Unfortunately, this is not the system we have inherited.”

We in the social sector aren’t immune from this criticism. We, too, need to do much more to listen to those we aim to help, whether our clients are in urban, suburban, or rural communities. In addition to paying attention to material needs, we need to be much more attuned to the social and emotional needs of those we serve. Enhancing dignity and respect must be at the core of everything we do.

With hope for a new year filled with love and respect,

We love the content and name of Fay Twersky’s new newsletter, “The Listening Post.” Its second edition summarizes the Seven Habits of Excellent Work with Grantees, a report she and Lindsay Louie wrote for Hewlett staff. We’re glad they decided to make this work public, because we believe the habits are relevant for any donor or philanthropic professional who understands that grantee performance is critical for funder success—and aspires to treat grantees accordingly.

To reach beyond the social sector “choir,” Lowell published “How Funders Can Get Better at Getting Better” in the policy magazine Washington Monthly. The piece draws upon a previously unpublished regression analysis from the Center for Effective Philanthropy (CEP), which revealed both depressing and encouraging news. The depressing: “Looking across tens of thousands of data points from 15 years of grantee surveys, CEP discovered that, on the whole, foundations are not improving in the eyes of their grantees.” The encouraging: “One group of funders is making consistent improvements over time: those who survey their grantees repeatedly.” He then profiles three foundations—Blandin, Hilton, and Maine Health Access—that have used the data from multiple rounds of surveys to give a big boost to their reputation and effectiveness.

John Kamensky, who was a public servant for 24 years and had a significant role in pushing the federal government to embrace evidence in its policymaking, shared the good news that Congress just passed legislation that will dramatically improve grants reporting. In his post “Scaling the Tower of Babel,” Kamensky writes, “Commonly referred to as the GREAT Act …, the new law requires the creation and mandates the use of common ‘data standards for the information that those recipients are required by law to report to the Federal Government’ and the development of ‘a comprehensive taxonomy of standard definitions for core data elements required for managing Federal financial assistance awards.’” We’re hoping the new law allows nonprofits to reduce their reporting costs and makes it easier for independent researchers to conduct rigorous studies.

For those of you who are or will soon be navigating a leadership transition, we recommend three valuable resources. In the SSIR article “Lessons from the Front Lines for Nonprofit CEO Successions,” Gali Cooks and Eben Harrell present new research with particular value for boards and search committees. In “CEO Insights: Should I Stay or Should I Go,” the Leap Ambassadors Community compiles hard-won and in some cases quite personal lessons from ambassadors who have been on multiple sides of a CEO transition. And in “CEO Insights: Is a Nonprofit Board Really Best-Suited to Evaluate its CEO?,” the Leap Ambassadors suggest drawing from outside expertise, adding clarity about performance expectations, and allowing for two-way feedback.

In their CEP blog post “Overcoming Challenges to Turn Learning Into Action,” Anne Maftei, Kristen Schlott, and Ravi Chhatpar unpack what it takes to create a true “learning culture” in your organization—and share several tools to help. They conclude that the most important ingredient is “a leadership that is committed to learning. Leaders set the example of a learning mindset by participating in learning activities, creating space and establishing norms to explore successes and failures, and integrating lessons learned into decision-making processes.”

Feb 12 — Online
“Decision-Making for Impact: How to Make Smarter Choices in Service of Your Mission” webinar; SSIR